Representing a Voice of the Audience

> Home > Characters > Marketeer > Theme 2: Representing a Voice of the Audience

Audience participation starts with acknowledging that audiences are already present within the orchestra. Audiences have to be imagined in the organisation, programming, and evaluation of concerts. The marketing department not only contributes to this representation of the audience and its needs, it can also try to give ‘a voice’ to the audience.

From surveys to dialogue

Many orchestras use surveys to receive feedback from their audiences. Surveys can be a helpful way to get an idea of the preferences of the audience, and how audiences perceive a concert. Generally, digital surveys which are sent to audiences after a concert contain a variety of questions about the choice of repertoire, the performance of the conductor, the quality of orchestra performance, the overall concert experience, how the concerts relates to overall programming, etc. What do these surveys tell us? And what happens with them within the orchestra?

The audience survey: a rich but limited resource

For several months, a researcher of MCICM analysed the digital surveys of philharmonie zuidnederland, and observed marketing- and management meetings where these surveys were discussed. Since 2018, the marketing department of this orchestra has used digital surveys to ask audiences their opinion of attended concerts. They have a high response rate of 40% (which means that 40% of the receivers of the surveys return the questionnaires). In these surveys, audiences use a variety of criteria for assessing and evaluating their concert experiences:

Artistic criteria, such as technical excellence or refinement of the orchestra’s performance (including balance, intonation, performance of the conductor), acoustic and sound criteria, and aesthetic criteria such as authenticity, virtuosity, originality, intensity, appreciation of the composer and the musical work;

Social criteria, such as sociality of an evening out, the joy of sharing the concert experience with others, whether there was a coffee-break;

Societal criteria, such as the relevance of the musical work, the composer, or the programming (i.e. how the program was linked to actuality or to the local region).

In marketing meetings, averages and outliers of surveys were discussed. Marketeers paid special attention to practicalities mentioned by audiences that hampered their concert experience, such as  difficulty obtaining tickets, unfriendly volunteers, lack of coffee-breaks, etc. When possible, problems or practicalities were then addressed based on the surveys. In management meetings, In exceptional cases feedback about the program was voiced, this was forwarded to the artistic programmers. In these meetings, marketeers were often asked about their estimate of whether a combination of programming would be easy or difficult to sell.

This use of surveys relates to the self-image of the marketing department as being responsible for selling seats. At the same time, using them in this way marketeers do not  do justice to the rich resource that surveys can provide. Audience surveys can contain valuable information on how audiences experience the concerts. How can the orchestra utilize the results of these surveys better, in terms of logistics or artistic programming? How can audiences in turn relate to the outcomes of the survey? In short: how to use the survey to develop a meaningful relation between the orchestra and their audiences? 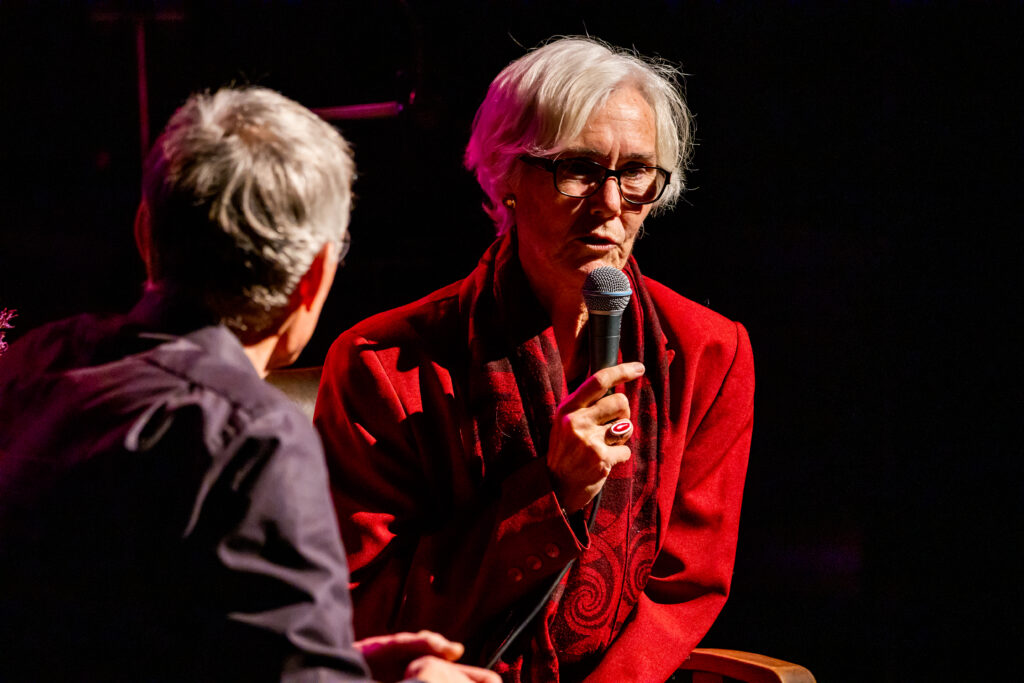 Friend of philharmonie zuidnederland during The People's Salon

Extending the resource of the survey

Audience participation from a marketing perspective could start by extending the utility of the survey, both within and outside of the orchestra. Given the diversity of criteria used by audiences in surveys, these tools could play a much bigger role within the organization of the orchestra than mere indicators of whether a proposed programme would be financially successful. Surveys could be seen as a representation of the ‘voice’ of the audience. As such, they could be included in other forms of evaluation within the orchestra.

Still, surveys have limitations. They are a one-way form of communication: the orchestra sends out automated digital surveys, and audience members (usually the loyal fan-base) fill them in and return them. When using surveys, there is no feedback loop or dialogue between the orchestra and their audiences. To gain more insights, marketeers can use qualitative methods such as focus groups. While these are valuable ways of getting into a dialogue with audience members about a specific topic, they are also time-consuming and can be difficult to organize.

There are other ways to start a conversation with audiences about their concert experiences. The researcher, together with a musician of the orchestra, experimented with after-concert talks. Using a long table in the foyer, audiences were invited to share their opinions and valuations of classical music concerts in different ways. Before, during, and after selected concerts, audience members could freely sit down and chat with each other, and the present researcher and musician. While many concert-goers in the beginning feel hesitant to talk – “I’m no expert!” – they can talk extensively about the meaning certain musical works or composers have in their lives.

See also the experiment The People’s Salon, and the Journey of the Audience.

Similarly, meet-and-greet-moments with musicians after a concert could be used as forms of qualitative data-gathering, where marketeers can receive valuable input on audiences’ concert experiences. Such dialogues are not only an opportunity to get to know the audience better, they also strengthen the potential role of the marketing department: as a voice of the audience within the orchestra.

In marketing and communication departments, audiences are usually imagined as consumers of classical music concerts. Their numbers should increase or their composition should be more diverse, adding more young people for example. What happens if you imagine the audience differently? Not as consumer, but as citizens who care deeply about the orchestra as a cultural institution? Or as passionate experts, who have valuable stories to tell about your concerts?