Breaking Barriers: the Orchestra as Collective

Audience Participation from the perspective of a Musician

As a musician, you are used to a certain way of working. Rehearsals generally have a clear structure which directs the process of preparation: musicians have studied their parts of fixed scores, and the conductor takes the artistic responsibility for the musical interpretation of the score and the refinement of the entire performance. As the schedule of many orchestras is rather busy, there is often only a limited amount of time allotted to rehearsals which requires them to be as efficient as possible. The artistic programmer selects the repertoire, the conductor directs the orchestra, and as a musician you perform from a fixed score.

But what happens when preparing for experimental concerts? New performances require new responsibilities as well as new skills and routines of thinking. Even simply being aware of how performances are put together, and experimental performances in particular, can help the process to run more smoothly. Yet, orchestra musicians are used to having a compartmentalized occupation that rarely overlaps with the more practical and administrative work of an orchestra. 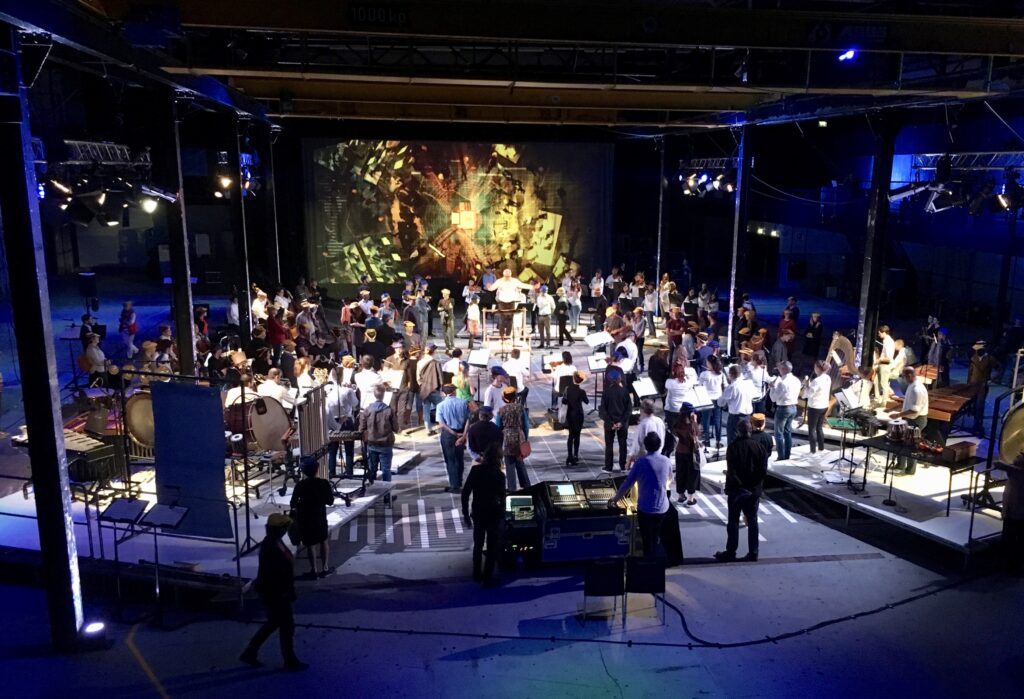 Projects such as Mahler am Tisch and the People’s Salon, which are set in new performance spaces, bring challenges to both musicians and project management teams. With a performance design such as the People’s Salon, the musicians were working in an immersive theatre setting – the transitions between pieces was not formulaic as it is in orchestral performances where after each piece the performers bow and the audience applauds

See the experiment The People’s Salon

In immersive theatre, there are often smooth transitions which are held together by dramatic interventions – perhaps a sudden change in lights or perhaps the next piece interrupts the end of the first one in order to create a seamless transition. Immersive theatre also usually means dramatic stage lighting, set designs and even special effects.

Regardless of the specifics, the important point here is that new performance environments invite musicians  to become aware of new things – such as working with (and in) different lights or entering the stage according to a theatrical cue and not due to audience applause – even the way the musician walks on stage may require a different style or posture, depending on the performance.

All this means that musicians can start to develop a greater sense of agency and responsibility as a performer. The kinds of behaviour in non-traditional performance environments means musicians often become more like actors, or even creative collaborators – both roles have different forms of responsibility to that of a traditional classical musician – namely that they require every performer to understand the whole of a production and not just their part in it.

For any live performance events, the design and coordination of lights and stage sets requires time and rehearsal. This is even the case for traditional classical concerts, it’s simply that they all usually run in a similar format and therefore don’t require active attention and rethinking every time. But, as became apparent through the projects of both Mahler am Tisch and the People’s Salon, musicians often felt impatient with how long technical rehearsals were, or for being asked to perform in untraditional stage setups (such as the crowded corner in the café of Mahler am Tisch, or new chamber ensemble formations in the People’s Salon). The emergence of impatience and frustration reveals how changes in performance venues challenge musicians’ practices in unexpected and unforeseen ways. These challenges are opportunities to reflect on pregiven values of classical music venues and to develop new skills to deal with them. 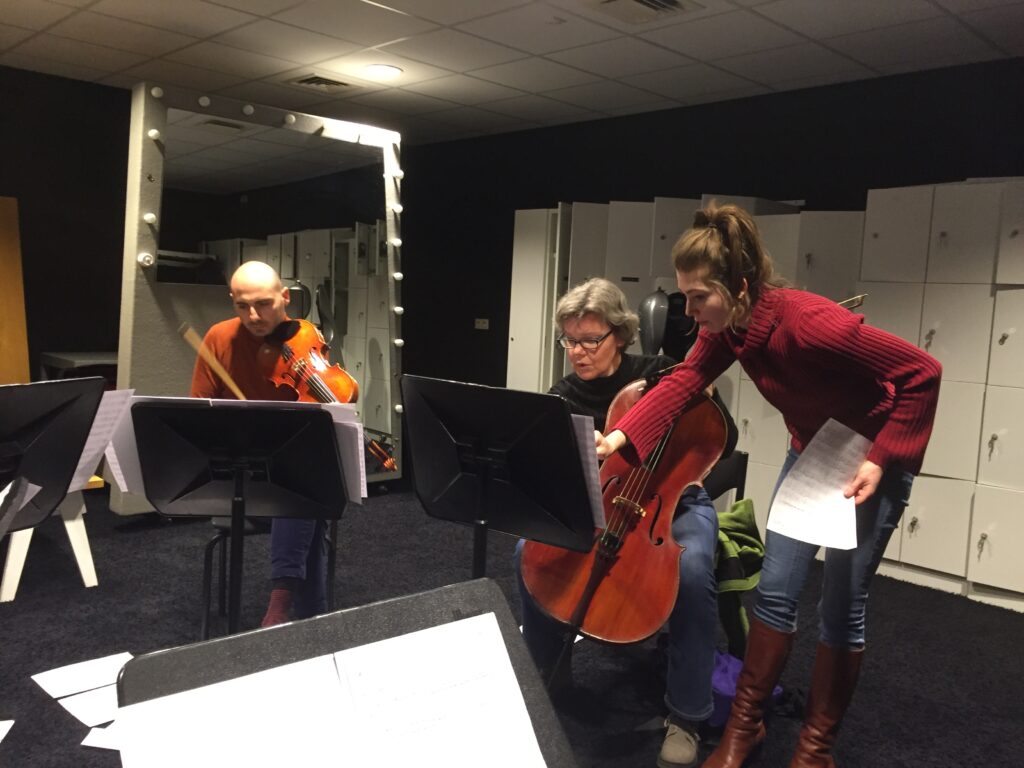 The Mahler am Tisch project required far more rehearsal time than is usual for an orchestra, and the management team struggled to be aware of this – and in a way, the musicians struggled with this too. Mahler am Tisch created awareness among both musicians and staff, that experimental projects have different requirements, in terms of time and efforts. Such awareness from the beginning of an experimental project, could help in creating a more collective, smoother and efficient process.

This requires a minor breaking-down of existing hierarchies. Musicians need to have the space to express their needs to management who can help facilitate, which also requires that they take more responsibility and agency towards the project. Furthermore, as musicians are often not focused on the workings of management teams, they risk adding extra loads to management or being frustrated when requests are not made fast enough. Executing performance projects is a demanding task, particularly if the project is experimental. It’s therefore necessary that musicians foster an attitude of patience and responsibility – as well as a flexibility towards their practice and towards the kind of rehearsal environments that may occur. And for musicians to do so, orchestral management needs to provide a space for them to do this.

Lastly, in order for musicians to foster greater responsibility and agency in projects, orchestral management teams themselves need to be open to giving musicians more responsibility. There is a prevalent inter-organizational hierarchy which needs to be confronted, and the etudes on this website hope to give some room to reconsidering the agency of musicians and how the orchestra can function as a collective.